Get Started
How Can I Help

A coaching programme that is flexible and effective. Using cutting edge science and years of experience to give you the results you want.

All clients are treated as individuals, for training to be as effective as possible. Health is of primary importance to achieving your goals. This means working together on all aspects, both in and out of the gym.

Strength Training
At the heart of an effective programme is building total body strength. It will provide the foundation for reaching your goals. Whether that be to gain significant muscle mass, or improve performance.

Optimise your training and body with a nutrition plan that is perfect for you. Regardless of your current body shape and lifestyle commitments, we will work on developing sustainable and effective nutrition to fuel your achievements.

“I’m all about helping people achieve more than they thought physically possible. There is no need for sacrifice, fads, and hours of slaving away in the gym. We will work efficiently, using informed science-led training and nutrition in order to achieve your goals, no matter how big.”

Ted offers a Personal Training service that is unrivalled within the North East. He successfully blends a Masters Degree in Strength and Conditioning, with a deep understanding of how to effectively work with a variety individuals. When working with Ted you are in a safe pair of hands, his 9 years of experience will guarantee incredible results.

What Should I Expect?

A training and nutrition plan that is tailored for you

Motivation and support throughout every step

To enjoy your training, and learn what works

You have goals, I do results, guaranteed. 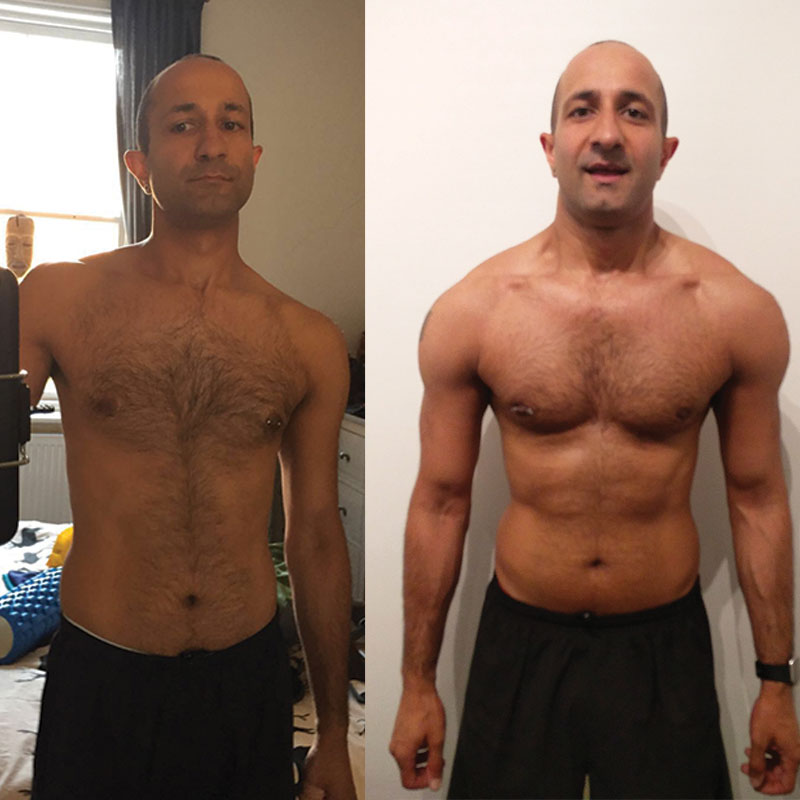 “I can’t believe I waited so long to learn what Ted’s taught me about training and nutrition for real gains.”

“I had no idea when I started to train with Ted of the impact the process would have on my life outside the gym. Ted’s style of advice about training and nutrition wasn’t to dictate a programme, but to allow me to work out how I best felt that the changes in my life could be made. You may start training thinking you know what your limits are and what you can achieve, but there are no boundaries. The challenges keep on coming, as long as you’re willing to keep working hard, and I’ve never felt more motivated to do so!” 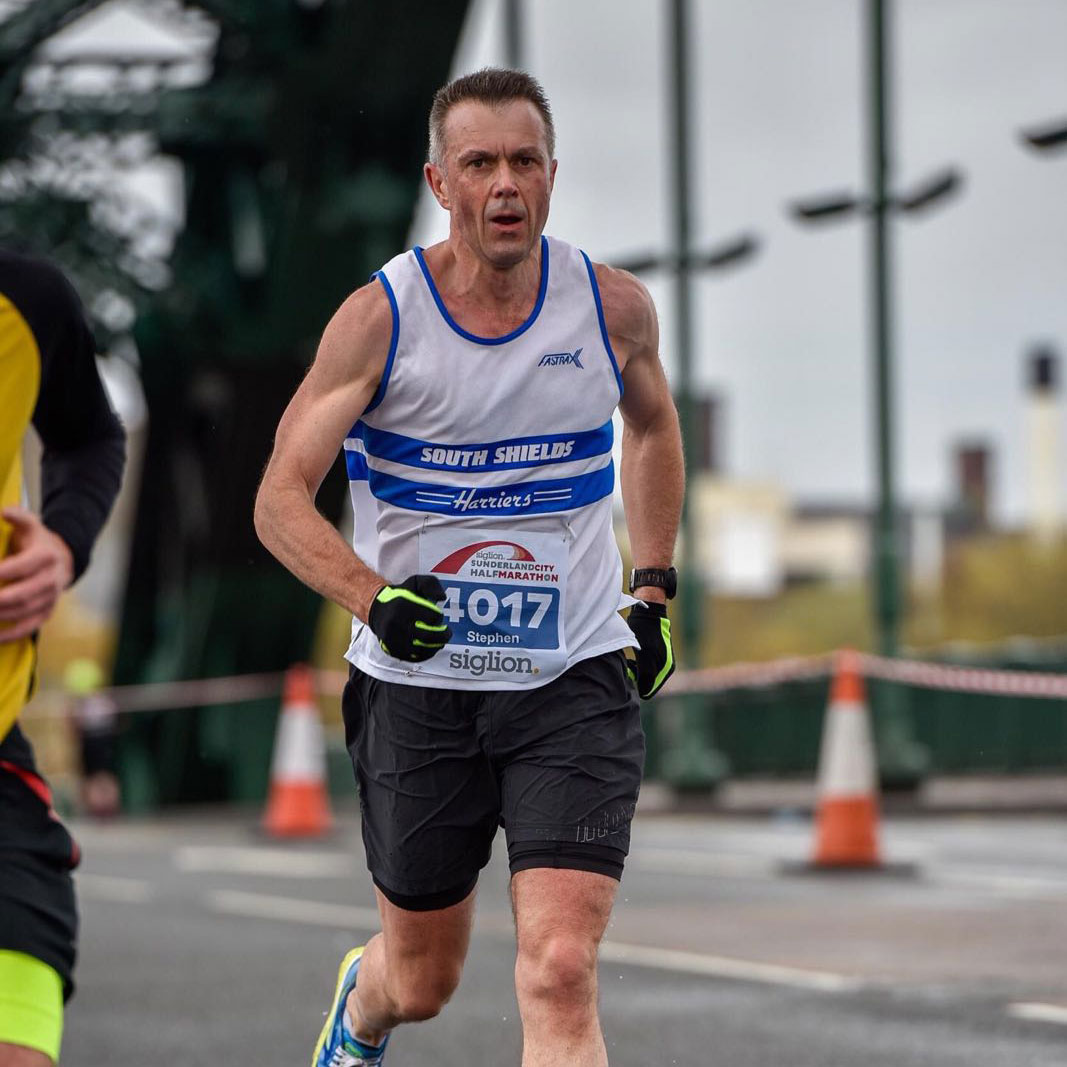 “I had smashed the 90 mins half marathon time and have continued to get faster in every race I have run.”

I am a runner, have pretty much always been a runner and have never entertained the idea of going to a gym.

1st January 2016, sat in my kitchen chatting to my wife and I suggested running another marathon, the response was not positive, so I needed to re-evaluate my running goals quickly. Half marathon in under 90 mins was the best I could think of in the moments I had available.

I had completed a few half marathons in times ranging from 1hr 50 mins to 1 hr 33 mins.

How then to achieve it, as a runner the answer was simple – more running.

February 2016, a chance conversation with one of the trainers at Storm and a promise that some sessions with Ted would speed me up, had me within a few days stood in my running kit in front of Ted Winter. Our conversation was along the following lines:

Me: “I’ve never done this before, I enjoy running not coming to a gym, if at any time I start to look like someone who comes to a gym, I’ll leave.”

I see Ted two times each week, we follow a routine that has me lifting weights, stretching and doing speed exercises. Ten months on, I do not look like I go to a gym, although my jeans are a little tighter around my thighs, my weight has increased a little, my waistline has shrunk a little and on the odd occasion I look in a mirror I’ve changed a bit. More importantly, within three months, I had smashed the 90 mins half marathon time and have continued to get faster in every race I have run.

Training with Ted has changed my approach completely, previously I would have just run more, longer runs, more frequent runs and then more runs. Now, my training is more focussed and it is paying dividends.

Surprisingly, I really enjoy the challenge of lifting weights and doing pull ups and every other element of it, I leave my sessions buzzing. Ted is knowledgeable, efficient and demanding and really does deliver results. 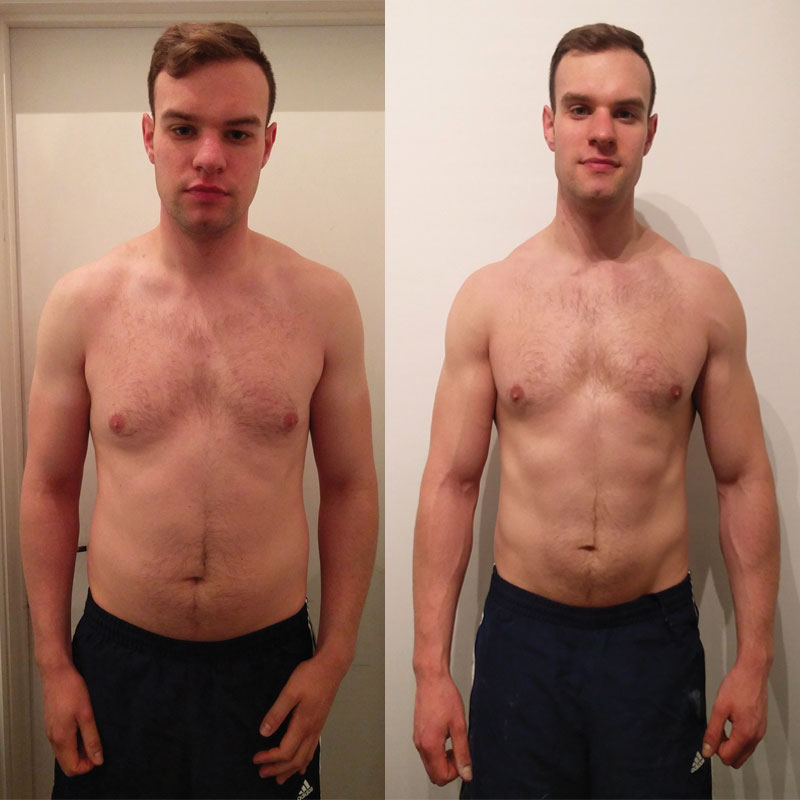 “I’m able to eat foods I love and train safely; I’m beating the original goals I had and I’ve never enjoyed training as much”

“When choosing to train with a personal trainer, it is important to train with someone who understands your goals (the easier bit) and also someone who understands you, your capability and what makes you tick (the harder bit). Ted has worked to not only develop a training programme that works for me, but has got to know me and my  abilities. I’m able to eat foods I love and train safely; I’m beating the original goals I had and I’ve never enjoyed training as much. Training with Ted has turned the chore of “going to the gym” into training I look forward to each session. I’m motivated outside of the session to remain focused – week on week I see positive changes. I simply didn’t get that before.”

Get the results you deserve

Personal training will give you the best opportunity of reaching your goals. Working with Ted can accelerate your progress, teaching you what works and how to manage training and nutrition around your life. We’ve all started with great intentions and dropped off the wagon or become frustrated at the lack of progress. Hiring Ted will guarantee your progress, and have you achieving more than you thought you were capable of.

Get the results you deserve
Personal Training
Personal training will give you the best opportunity of reaching your goals. Working with Ted can accelerate your progress, teaching you what works for you and how to manage your training and nutrition around your life. We’ve all started with great intentions and dropped off the wagon or become frustrated at the lack of progress. Hiring Ted will guarantee your progress, and have you achieving more than you thought you were capable of.

Online Personal Training is for those who need a coach but don’t want to work in 1 to 1 setting. Are you attending the gym regularly but struggle with structuring your training or what you should be eating to support it? Working with Ted as your online coach will demystify the process. You’ll get regular contact to ask any questions, as well as guidance on both training and nutrition. Say goodbye to boring, repetitive, tick the box training sessions. Get some measurable progress for your time and efforts in the gym and start enjoying the challenge.

My experience with Ted has been fantastic, stripped right back to basics and built up again. It’s been phenomenal, I’m really, really impressed and can’t recommend his services enough.

Get Fitness Knowledge Bombs In Your Inbox Weekly

You have Successfully Subscribed!

Blog
Recent article from the blog

3 Tips to Help With Your New Years Resolutions

The whole new year, new you thing might seem to fading into the past at this point, diet plans have been pushed aside and the 6 gym sessions per week has proved far too much. The problem with new years resolutions is that people tend to take on far too much all at...

END_OF_DOCUMENT_TOKEN_TO_BE_REPLACED 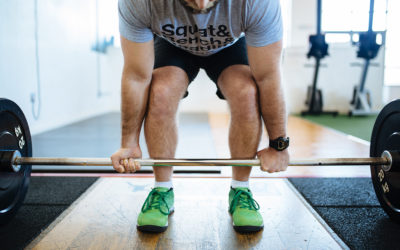 Start small. I often get approached by new clients asking about training 5 times a week, the individual is usually someone who has had a long lay-off from training. I get that they want to make maximum progress and think more is better. But..I usually end up advising...

END_OF_DOCUMENT_TOKEN_TO_BE_REPLACED 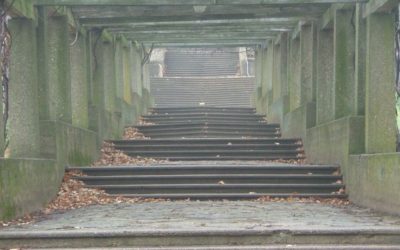 Your Goals Aren’t Helping You Succeed

Achieving your fitness and health goals is lot like climbing stairs. You take a step at a time until you reach the top. A lot of people get put off very early on whilst climbing the stairs. It is a long way up and they can see the hard work ahead. They will be put off...

END_OF_DOCUMENT_TOKEN_TO_BE_REPLACED

Where Will I Train?

Take the first step towards making the progress you’ve always dreamed of.